You are here: Home / Salvation / Victory over Sin: God’s Plan to Free us from Sin 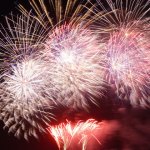 Through Christ we can have victory over sin because God has a wonderful plan to restore our relationship with Him.

Remember in the last article (Condemned by Sin) we discovered we are condemned by sin and inherited a sinful nature that corrupted our relationship with God. This condemnation left us spiritual dead. That is certainly bad news but thankful God has offered us a life line through Christ.

Raised from the Dead

The human race began with Adam and through Adam we have the power of sin weighing us down. However, through Christ we can throw off the chains of sin and obtain life. As Christ was raised from the dead so shall we. Christ has the power to give life to the dead.

There is only one person who has ever walked this earth that was without sin and that was the Lord Jesus Christ. At the cross he paid the debt for sin. Since he had no sin of his own, it was our sin he was dying for on the cross.

We deserved the penalty of death but Christ paid for it in our place, so we may receive the righteousness of God.

2Corinthians 5:21 For He made Him who knew no sin to be sin for us, that we might become the righteousness of God in Him

At the cross all of our unrighteousness was replaced with God’s righteousness so positionally we are spotless before God in Christ. This new position in Christ allows us to have victory over sin.

Freed from the Power of Sin

Romans 6:6 knowing this, that our old man was crucified with Him, that the body of sin might be done away with, that we should no longer be slaves of sin

Believers have been identified with the death of Christ. Our sin was dealt with when our old man was fastened to the cross of Christ. We are no longer in bondage to sin and our freed from the power of sin to serve God.

By faith we have been justified (declared righteous) and sin is no longer our master but Christ. When you trust in Christ’s death, burial, and resurrection, you receive this wonderful key to victory over sin. Through Christ we have been redeemed.

Claim Your Victory Over Sin

There is only one God and only one way for men to approach Him—through Christ. Jesus Christ gave Himself up to die on the cross as a ransom so our relationship with God could be restored.

1Timothy 2:6 who gave Himself a ransom for all, to be testified in due time,

Won’t you now accept this free gift. Our debt has been paid in full by Christ. You can be declared righteous this instance. Simply believe on the Lord Jesus Christ and claim your victory over sin and death!

1Corinthians 15:54 So when this corruptible has put on incorruption, and this mortal has put on immortality, then shall be brought to pass the saying that is written: “Death is swallowed up in victory.”