You are here: Home / Salvation / The Cross, Truly a Mystery 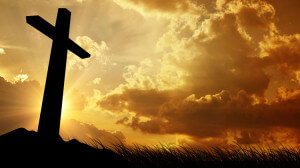 The cross, truly a mystery. Who was it that hung upon that cruel cross on golgotha nearly 2,000 years ago, and what was it that was accomplished?

Accomplished? There were many crucified by the Romans before Jesus of Nazareth, and the only thing those crucifixions accomplished was the brutal, torturous death of yet another miserable sinner.

So why was this crucifixion different? What qualifies this particular crucifixion as a mystery?

Well, it is a mystery because this particular casualty not only did nothing to deserve such a horrible execution, He had no sin whatsoever. He was made in the likeness of sinful flesh, yet without sin (Romans 8:3 & Hebrews 4:15). He was truly a spotless lamb. Indeed, He was THE one and only spotless Lamb.

This crucifixion marks the greatest single event in human history. God the Son going voluntarily to the cross to bear all of mankind’s sins upon Himself: a great sin offering for all of humanity, once for all. “And every priest stands ministering daily and offering repeatedly the same sacrifices, which can never take away sins. But this Man, after He had offered one sacrifice for sins forever, sat down at the right hand of God, from that time waiting till His enemies are made His footstool. For by one offering He has perfected forever those who are being sanctified” (Hebrews 10:11-14).

At the cross of Calvary, the grace of God far eclipsed the sin of man.

What does all of this mean to us? The Bible says that all of us have sinned, and are continually falling short of the glory of God. That’s the bad news. The good news is that God is declaring wrong people right because He is completely satisfied with Christ’s sacrificial death on the cross. This Godly righteousness becomes ours through faith, and faith alone, the moment we accept Christ’s death as our own. Won’t you accept Christ’s death as your’s right now?

“Believe on the Lord Jesus Christ and you shall be saved.” Acts 16:31