You are here: Home / Bible Reflections / Mystery Revealed, The Body of Christ 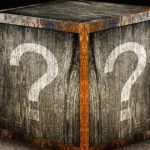 If you search the prophecies you will not find the body of Christ mentioned. But now through the Apostle Paul, God is revealing this mystery.

This knowledge was kept hidden and for the first time is being revealed directly to the Apostle Paul by Jesus Christ.

Colossians 1:26 the mystery which has been hidden from ages and from generations, but now has been revealed to His saints.

In this “but now” of Paul’s, we discover the “mystery” that has been known to God from the beginning, but has been hidden and is now being revealed. The mystery is found in Christ and was a special truth, that was kept secret. This mystery was once concealed but now it is being revealed.

Paul begins to reveal the good news of the cross. Instead of the crucifixion being a sentence of death for sinners, it is God’s ultimate plan of redemption for all who will partake of it.

This is also where we first learn that God is offering salvation to the Gentiles apart from Israel. Previously, Gentiles were considered second class citizens and could only be saved through Israel. In the Old Testament Gentiles who converted to Judaism were still considered below Jews.

However, this all changes when the nation of Israel rejected God’s prophetic program. Instead of God bringing immediate and just judgement, He unveiled His plan to redeem all mankind. This plan was kept secret since the foundation of the world in God.

The Body of Christ

Through Israel’s fall God’s grace and blessings were being offered to the Gentiles apart from Israel. God was forming the church (body of Christ) where Gentiles would be “fellow-heirs” in Christ with Jews, with no middle wall of partition between them.

Ephesians 3:6 that the Gentiles should be fellow heirs, of the same body, and partakers of His promise in Christ through the gospel,

Ephesians 2:14 For He Himself is our peace, who has made both one, and has broken down the middle wall of separation,

There is now no difference between Jew and Gentile. This new union of believers were to be united in one body in Christ (Christ is the head and believers are the body). Another dramatic difference for this unique body of believers is that they would have a heavenly home and calling instead of an earthly kingdom.

1Thessalonians 4:15-18 For this we say to you by the word of the Lord, that we who are alive and remain until the coming of the Lord will by no means precede those who are asleep. For the Lord Himself will descend from heaven with a shout, with the voice of an archangel, and with the trumpet of God. And the dead in Christ will rise first. Then we who are alive and remain shall be caught up together with them in the clouds to meet the Lord in the air. And thus we shall always be with the Lord. Therefore comfort one another with these words.

God through Paul is now revealing His program for the Church, the body of Christ. Are you ready to join this wonderful union of believers? Please accept God’s new program and receive the wonderful blessing of being made joint heirs with Christ.

To be a member of the body of Christ, you nee to trust in Christ and accept that Christ died on the cross for your sins, He was buried and rose again. You can not find salvation any other way, not through animal sacrifices, water baptism or other works.

Colossians 1:24-29 I now rejoice in my sufferings for you, and fill up in my flesh what is lacking in the afflictions of Christ, for the sake of His body, which is the church, of which I became a minister according to the stewardship from God which was given to me for you, to fulfill the word of God, the mystery which has been hidden from ages and from generations, but now has been revealed to His saints.

To them God willed to make known what are the riches of the glory of this mystery among the Gentiles: which is Christ in you, the hope of glory.  Him we preach, warning every man and teaching every man in all wisdom, that we may present every man perfect in Christ Jesus. To this end I also labor, striving according to His working which works in me mightily.