You are here: Home / Bible Reflections / Christ is Risen — The Foundation of our Faith 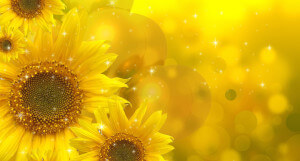 At the core of the Christian belief is that Christ is risen. Our faith is based on the risen Christ. The Lord Jesus Christ does not lie rotting in the ground but is risen and seated at God’s right hand.

It is His power to overcome death that gives believers hope, as it is that same power that will raise us from the dead.

Ephesians 1:19-20 and what is the exceeding greatness of His power toward us who believe, according to the working of His mighty power which He worked in Christ when He raised Him from the dead and seated Him at His right hand in the heavenly places,

1 Corinthians 15:17 And if Christ is not risen, your faith is futile; you are still in your sins!

Our debt is Paid

Christ’s Resurrection was proof that our debt for sin was paid in full. The resurrection is proof that we received a full pardon and that we have been declared righteous before God. If Christ had not risen but stayed in the ground then we would be without hope chained to our sins for eternity.

Thankfully, we can have full confidence that Christ truly rose from the dead. This great event, which is the foundation of our faith, was widely witnessed.

The Evidence is in: Christ is Risen

We can have full confidence that this event took place and Paul uses facts to prove this. God did not leave this to doubt and allowed for many eye witnesses to see the risen Christ.

Paul demonstrates it by highlighting some of the witnesses. He does not list every person who has seen the risen Christ but removes all doubt by citing some of the most credible witnesses (Cephas, then by the twelve). He then reinforces it by testifying that “He was seen by over five hundred brethren at once, of whom the greater part remain to the present.” At the time Paul wrote this many of the witnesses are still alive, and could testify personally that they saw him. This is conclusive proof by competent and credible witnesses for the truth of Christ’s resurrection.

The resurrection of Christ is the cornerstone of our faith. Believe that Christ has been raised. Place your faith in the death, burial, resurrection, and accession of Christ and death will no longer have power over you.

For your reading pleasure here are some other verses regarding those who have seen the risen Christ.

Luke 24:36-45 Now as they said these things, Jesus Himself stood in the midst of them, and said to them, “Peace to you.” But they were terrified and frightened, and supposed they had seen a spirit. And He said to them, “Why are you troubled? And why do doubts arise in your hearts? Behold My hands and My feet, that it is I Myself. Handle Me and see, for a spirit does not have flesh and bones as you see I have.”

When He had said this, He showed them His hands and His feet. But while they still did not believe for joy, and marveled, He said to them, “Have you any food here?” So they gave Him a piece of a broiled fish and some honeycomb. And He took it and ate in their presence.

Then He said to them, “These are the words which I spoke to you while I was still with you, that all things must be fulfilled which were written in the Law of Moses and the Prophets and the Psalms concerning Me.” And He opened their understanding, that they might comprehend the Scriptures.

John 20:24-31 Now Thomas, called the Twin, one of the twelve, was not with them when Jesus came. The other disciples therefore said to him, “We have seen the Lord.”

And after eight days His disciples were again inside, and Thomas with them. Jesus came, the doors being shut, and stood in the midst, and said, “Peace to you!” Then He said to Thomas, “Reach your finger here, and look at My hands; and reach your hand here, and put it into My side. Do not be unbelieving, but believing.”

And Thomas answered and said to Him, “My Lord and my God!”

And truly Jesus did many other signs in the presence of His disciples, which are not written in this book; but these are written that you may believe that Jesus is the Christ, the Son of God, and that believing you may have life in His name.

John 21:1-14 After these things Jesus showed Himself again to the disciples at the Sea of Tiberias, and in this way He showed Himself: Simon Peter, Thomas called the Twin, Nathanael of Cana in Galilee, the sons of Zebedee, and two others of His disciples were together. Simon Peter said to them, “I am going fishing.”

They said to him, “We are going with you also.” They went out and immediately got into the boat, and that night they caught nothing. But when the morning had now come, Jesus stood on the shore; yet the disciples did not know that it was Jesus. Then Jesus said to them, “Children, have you any food?”

They answered Him, “No.”

And He said to them, “Cast the net on the right side of the boat, and you will find some.” So they cast, and now they were not able to draw it in because of the multitude of fish.

Therefore that disciple whom Jesus loved said to Peter, “It is the Lord!” Now when Simon Peter heard that it was the Lord, he put on his outer garment (for he had removed it), and plunged into the sea. But the other disciples came in the little boat (for they were not far from land, but about two hundred cubits), dragging the net with fish. Then, as soon as they had come to land, they saw a fire of coals there, and fish laid on it, and bread. Jesus said to them, “Bring some of the fish which you have just caught.”

Simon Peter went up and dragged the net to land, full of large fish, one hundred and fifty-three; and although there were so many, the net was not broken. Jesus said to them, “Come and eat breakfast.” Yet none of the disciples dared ask Him, “Who are You?”—knowing that it was the Lord. Jesus then came and took the bread and gave it to them, and likewise the fish.

This is now the third time Jesus showed Himself to His disciples after He was raised from the dead.